The card lacks for a «professional 20-bit sound», but it is a good solution as a game card with elements of a home theater. The listening tests below are going to show the real sounding of the card.

A 2-meter 44-pin cable connects the sound card with a stylish external module with gilded connectors. The gilding is meant not for the improvement of the sound but for avoiding an oxide film which can worsen the contact. But as for the home equipment the material used for connectors doesn’t matter much since its influence on the sound is outweighed by the DAC and amplifying part quality. That is why in this case gilded connectors are some kind of a charm. Why not? 🙂

Look at the full-sized (1/4″) phones and mic jacks. The second line-in (the first one is on the card) is combined with a mic input. In the extreme position of the mic’s signal amplification regulator the switch shifts an electric circuit to the line-in (two gilded connectors).

Besides, on the front panel of the external module there are 2 USB connectors and one standard Game/Joystick one.

Now as for the rear part of the module:

Output RCA connectors for an active acoustic system are duplicated with minijacks, unlike the center and the subwoofer. The USB hub is introduced with two connectors on the front panel (1,2) and two on the rear one (3,4). The digital input and output are made both in coaxial electrical and optical implementation. For connection of MIDI/MP3 keyboards and synthesizers there are standard 5-pin DIN connectors.

On the top cover of the unit is an emblem of the penguin (Guillemot’s logo). A big metallic case (well-shielded) stands on 4 plastic legs. The case is very difficult to disassemble; there are more than twenty bolts inside and outside. 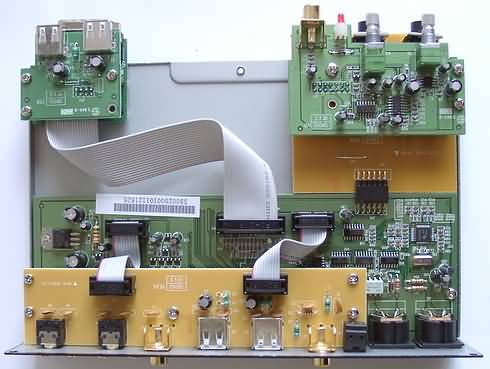 Inside there is a great deal of buffering elements and amplifiers. There are no any DACs or ACDs, and all the codecs are located on the card. It should be noted that a normal scheme with a transformer is realized for RCA S/PDIF inputs and outputs, it provides a standard signal level and galvanic decoupling.

The tests were run under the Win9x operating system with installed DirectX 8.0a.

The CD with drivers includes the following programs:

While we were testing the card the manufacturer released new drivers (version 2.01). After the installation of the drivers into the system the following devices were added:

The developers release new driver versions quite often which indicates their effort to eliminate errors. In this case you can see an improved interface of the proprietary utility — the control panel: 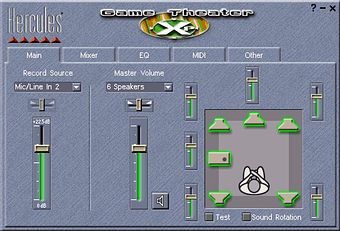 The «Main» bookmark contains settings for recording and reproduction levels, as well as a choice of connection scheme for reproducing devices:

The «Mixer» allows to adjust volume levels of different channels, and choose a source of the digital signal: optical or electrical RCA connector. 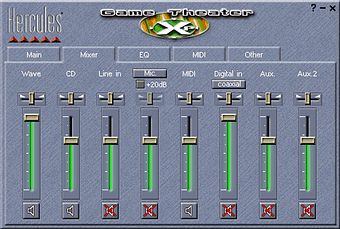 EQ is a hardware 10-band equalizer. There are 8 presets and manual adjustment. 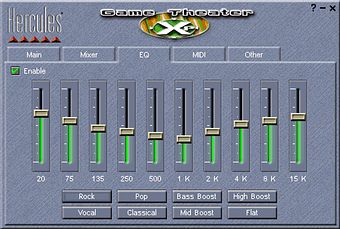 The MIDI parameters are adjusted in the «MIDI» bookmark. You can choose your own DLS bank and adjust the number of hardware and soft MIDI voices. 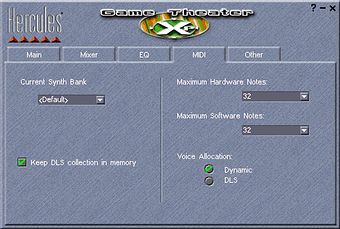 The last bookmark is meant for adjustment of hardware acceleration for Sensaura, DirectSound 3D and MP3 algorithms, enabling of stereo base extension function, echoes suppression mode for teleconferences, and adjustment of digital output operation. 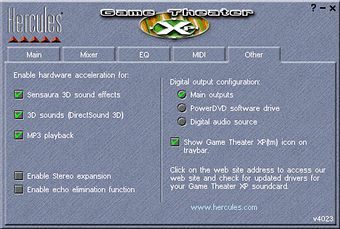 In the review on the Santa Cruz I mentioned that I didn’t feel any acceleration of MP3 since I used only WinAmp, AudioStation and Windows Media Player 7.0, and this feature of the CS4630 processor is available only with a special filter in use — DirectShow. Let’s look at the option File/Properties/Advanced of Windows Media Player v.6.4.07.1112 from the standard complete set of Win98SE.

First, with an enabled MP3 acceleration in the card’s drivers:

When the MP3 acceleration is disabled we get the following picture:

And what about the processor utilization? When playing an mp3 file of 48 KHz 16 bit with 256 Kbit/s stream on the PIII-733EB processor (5.5 x 133) a standard SysMon utility indicates such results of the Hercules Game Theater XP in comparison with the Creative SB Live! Player 5.1:

with acceleration enabled (with Hercules filter)

1%;
with acceleration disabled (with Fraunhofer filter)

Well, the acceleration does really take place here. But don’t we lose in quality? My conclusion is that highs and middles have become a bit metallic. For acoustic systems cheaper than $200 it may be unimportant.

We have also compared the processor utilization with the popular WinAmp player with dll’s of Wave out plug-in (v 2.00) and (v 2.02):

The sound was very close to that of WMP6 with Fraunhofer filter. As for the usage of the DirectSound plug-in in WinAmp — the high-pitched jingling makes its utilization unacceptable on more or less good equipment.

Since our digital measurements has gained some weight and they may interest not all of our readers, we have taken them out into a separate page. I recommend to read it!

We were listening to the card’s performance with the usage of the F&D IHOO 5.1 (active acoustic system) and the Philips HP600 headphones. As test compositions we used music of different genres, mainly from CD-DAs. Since most of you have lots of MP3 compositions, such files are compulsory participants in our tests of any audio equipment. In this case MP3 files are used to define the quality of operation of an integrated equalizer in real conditions.

So, I have drawn the following conclusion:

Unlike the Platinum 5.1, the tested card has a licensed version of the DVD player — PowerDVD 3.0 (6-channel version). It allows to load a disc with a movie into the DVD drive without much problem and enjoy the normal 6-channel sound coming from 6 analog outputs. You have to choose «6 speakers» mode in the player settings: 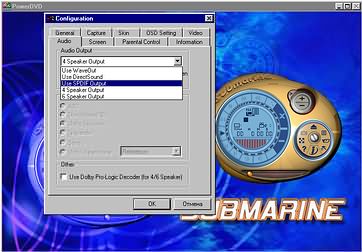 We were listening to movies and trailers with a soundtrack coded in Dolby Pro Logic, Dolby Digital, DTS formats. The sound quality is quite decent (much better than that of cheap 5.1 cards based on the ForteMedia FM801, somewhere at the same level with the Live!), the channels’ volume level is easy to control from the proprietary control panel. Besides, there is also something for 4-channel acoustic system owners. After choosing the 4 Speaker Output mode, the signal undergoes downmixing from 6 to 4 channels. And if you have connected an external decoder (e.g. for movies with DTS tracks), you should choose «Use S/PDIF Output».

This card has a hardware realization of the Sensaura technology which means:

The card is supplied with the following game programs:

In games we have encountered one interesting peculiarity. Since the card has 3D sound positioning algorithms based on Sensaura technologies, including MultiDrive, there are only 4 working speakers in games: front and rear. The center and subwoofer unfortunately «keep silence». It is good if you speaker set allows to direct the signal to subwoofer, or (like in our case with the IHOO 5.1) the front and rear speakers are full-frequency devices. And what if not? Without a subwoofer the sound in games becomes much poorer.

With the usage of the following drivers of 2.01 version:

Nevertheless, Sensaura sounds quite good. Many consider that Sensaura EnvironmentFX™ sounds even better than EAX 2.0. I would say it sounds a bit different, it has some peculiar nuances. As for MacroFX™ and ZoomFX™ technologies, their realization in the form of DS3D extensions makes their usage in the program difficult (awkward). I don’t know any games supporting these technologies, except the demo-program from Sensaura. But the recent signing of the agreement on licensing of Sensaura algorithms for the upcoming X-Box from Microsoft makes me feel optimistic.

By the way, the card is supplied with a very interesting utility — Sensaura Virtual Ear. And while for other sound cards (for example, the YMF 7×4) it is offered as a paid upgrade, here everything is included in the price of the card. 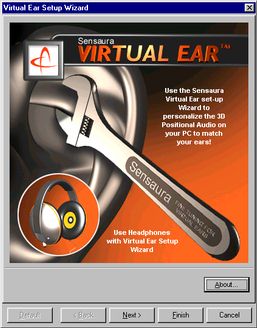 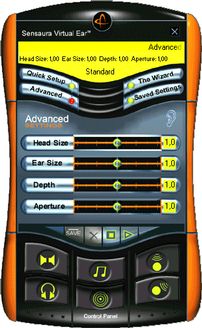 It allows to adjust the card for a definite person’s ears in order to reach the most realistic audio 3D positioning. I’ve tried this technology, but felt almost no improvements.

The Hercules Game Theater XP is a stylish and interesting solution for an advanced user.

More Than A SoundBlaster

When you first pick up the Game Theater XP, the first thing that you will notice is that the box is heavy. Weighing in at more than five pounds, this is no light weight product. Most of the weight comes from the well constructed External Rack which is in fact made of metal, something that is becoming more rare in the plastic world of today. Some of the weight also can be attributed to the large shielded DB-44 cable that connects the External Rack to the Game Theater XP card itself.

The manual included with the Game Theater XP is translated into three languages: English, French, and Spanish. It contains about fourteen pages in each language and covers the General Specifications of the sound card itself, physical hardware installation, driver installation for 95/98/98SE/ME/2000, Software Installation, and Sound Board Configuration. As with the manual that was included with the Gamesurround Fortissimo II, I found the manual to be very basic at best, which is unfortunate, because this is a more complex product than the Gamesurround Fortissimo II, and I really felt that the manual should have gone into more depth. Like the Gamesurround Fortissimo II manual, the pictures and screen shots in the manual are small and hard to read. In fact, some of the screen shots are so small that if you are looking at them for guidance to help you, you will also, literally, need a magnifying glass. The Software Installation section of the manual does not really provide much information about the installation of the applications; instead, it refers you to the online HTML documentation included with the CD.

Something that Guillemot did get right was to include a four port un-powered USB hub into the External Rack. Once you run the included USB cable from the External Rack to your PC, you now have the use of four USB ports for any un-powered USB device that you wish to plug into these ports. Creative should take a lesson here and try to incorporate this into a future design of the Live! Drive. If you are a big USB user with limited ports, this can save you the $20 cost of a four port USB hub.

When you see the staggering array of connectors on the Game Theater XP, you will notice that Guillemot didn’t leave anything out. The External Rack features input and output connectors on both the back and front of the External Rack, which allows you to hide some of those cables. This is, of course, in stark contrast to the Live! Drive, which almost forces you to have some cables running out of the front of your PC. In normal situations, as we stated in the Live! Review, this isn’t an issue because the cables might not be in long-term use, but if they are, they can get in the way of other 3.5″ and 5.25″ devices in the other bays. This can also be a pain with 3.5″ and 5.25″ devices that have removable media. With the design of the Game Theater XP’s External Rack, you can keep those devices connected to your PC long term and not have to worry about a mess of cables spewing from the front of your PC. 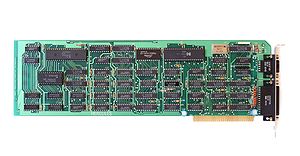 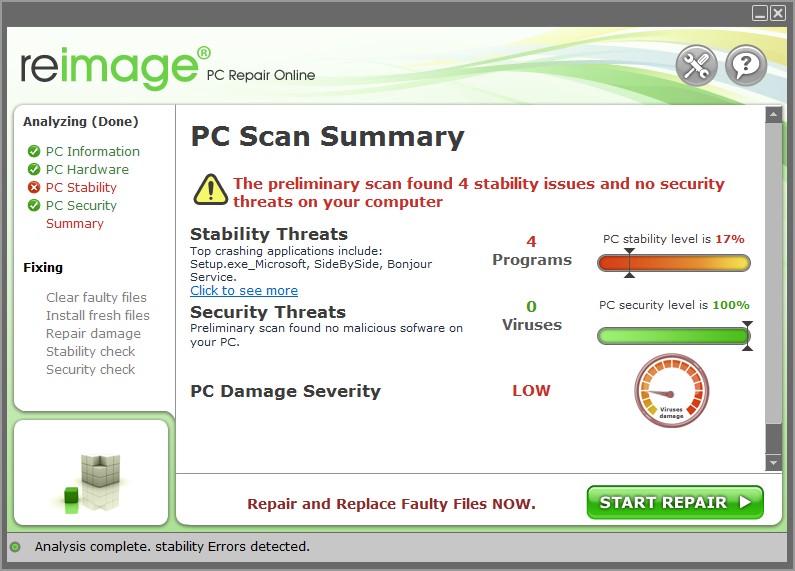 To Fix (Hercules Game Theater XP) error you need to follow the steps below:

We currently suggest utilizing this program for the issue. Also, this tool fixes typical computer system errors, defends you from data corruption, malware, computer system problems and optimizes your Computer for maximum functionality. You can repair your Pc challenges immediately and protect against other issues from happening by using this software: