Any% I can win guide

This is a guide for I can win difficulty. Nightmare shares a lot of stuff, but not everything.

-Q3 have a lot of «hidden» settings that is not accessible via in-game options. Therefore, you have to enter a command into console or edit q3config.cfg located in /baseq3 directory. You can set pretty much anything you want via console commands. If you have problems starting the game after changing something in the config, just delete it and a default one will be created upon start.

-vid_restart — Restarts the video rendered. Required for most «r» commands.
-r_picmip 1-15 — The higher the number, the less detailed textures will be. 15 makes all walls just one color, which is best.
-r_integrity/gamma — Brightness settings.
-r_overbrightbits — Another brightness settings.
-r_fastsky 1 — Disables sky.
-cg_forcemodel — Makes all enemies your model. Recommended is tankjr/blue
-cg_drawgun 2 — Makes your weapon «stable». Also helps to narrow your lightning gun shaft. I recommend to use drawgun 0 for all other weapons.
-cg_truelightning 1 — Ignores ping for your lightning gun.
-cg_drawtimer 1 — Shows in-game timer.
-cg_drawfps 1 — Shows your framerate.
-com_maxfps — Limits your framerate. Recommended value is 125. Has effect on physics.
-sv_fps — Framerate of the server. Default is 40. Recommended is 125. Apparently 200 makes you move faster, but I tried it once and bots often triggered overbounce glitch in DM19 and fell into the void. Will investigate it further.
-cg_crosshairsize — Size of your croshair.
-cg_fov — Size of your field of view.
-com_blood 1 — Enables/disables blood. Recommented is enabled.
-cg_gibs 0 — Disables gibs after fragging your enemy.
-sensitivity — Mouse sensitivity.
-s_volume — Sound volume.

-From my own experience, Steam version loads much faster than the retail one, thus it’s recommended to use it. Apparently there are some differences in lower versions like bot behaviour, but nobody tested it and it probably won’t make as much as difference as the Steam version.

-map_restart 0 — Each bot in single-player mode spawns after 2 seconds (except Crash which takes around 10 or something like that), so if you are in a map with 5 bots, it takes 10 seconds for all bots to spawn, which loses you time. But if you bind map_restart 0 (or press restart from pause menu), all bots will be spawned instantly. You can also press it during loading screen and it will work as well. I have yet to figure how exactly the spawn mechanic works as it sometimes spawns you in different location.
-bot_nochat 1 — Disables bot chat. Everytime a bot chats, it stops for a few seconds and you pretty much always want bots to move.
-Skipping cutscenes — You can skip cutscenes by quickly pressing your left mouse button.
-Advancing to next arena — Lower resolution gives you advantage since your mouse cursor doesn’t have to travel as much distance during menuing.

-The classic strafe-jumping is the fastest method of moving. Hold forward, jump and add strafe left/right while in midair. You can gain even more speed by positioning your mouse cursor at a specific angle to the same side as the strafe key you’re holding. This requires a lot of practice, so don’t get frustrated if you can’t do it exactly as other players.
-Circle jump — Probably even harder movement trick than strafe-jumping. It is used as the starting move or in case you just want to make a single jump. Stand still, move your crosshair to about 120 degrees (or 30 degrees if you prefer left side), then make a smooth mouse movement to roughly 0 degrees while adding forward+strafe left/right. This really requires a LOT of practice. If you can’t do it, you can find video tutorials on Youtube.
-Rocket/BFG jump — Not very useful in single-player apart from maybe 2 maps (DM10 and DM13). Stand still, aim directly under your legs, jump and quickly shoot. You can also do this while moving and you can also shoot rockets behind you to give you more speed.
-Plasma/grenade jump — Useless in single-player.

Walkthrough for every map:

-T0 — map_restart 0 saves a lot of time here. Pickup the shotgun, go through portal and simply move from one side of the arena to the other one. All 5 respawns are always same.
-DM1 — Pickup the rocket launcher and go hunt Ranger. Try to stay in the middle around 50 health as you can hear most of the spawns. Beware of the plasma gun spawns as you cannot hear them from there. If he spawns there, he usually goes for RA.
-DM2 — Pickup plasma gun and go to the rocket launcher area. Most spawns are around there. Phobos also likes to use the back route behind Haste powerup.
-DM3 — Pickup rocket launcher and go to the right shotgun. Then move in the lower floor around shotguns.
-T1 — Stay in the middle and do the first frag with machinegun. Then listen carefully for his movement.
-DM4 — Pickup RA right behind you, then go to either shotgun side, then return to the crossroad between RA and quad. Alternatively, you can go pickup rocket launcher, but you will probably sacrifice one frag. You can grab quad.
-DM5 — Turn around to the plasma area and start killing bots that most likely spawned there. Pickup plasmagun. Then just jump between plasma area and shotgun. You can usually ignore the rocket launcher area.
-DM6 — Go forward and pickup plasma gun. Then just camp there and occasionally go to the pillar area. Then grab quad.
-T2 — This one is pretty difficult and mostly rng based. Hunter usually spawns on the other side of the arena. She often goes for rocket launcher.
-DM7 — Most bots stick around the rocket launcher area or go from the right back door in the railgun area. You can ignore Quad.
-DM8 — This one is easy. Simply pickup shotgun, then go to RA/rail area. For some reason bots really love to dive into the water here and just take a refreshing swim!

You can ignore powerup.
-DM9 — Another easy one. Grab a rocket launcher if you’re near, then just camp the middle area with jumppad and kill everyone with plasma/shotgun. Ignore rail area.
-T3 — Pickup RA, then railgun. Then just snipe Klesk.
-DM10 — Stay on the middle floor and move around the plasma gun. Powerup is usually regen or invisibility, so ignore it.
-DM11 — Another easy one. Grab a lightning gun and go forward to that long narrow area with plasma. Usually bots teleport there from RA area. Ignore powerups.
-DM12 — Camp the main huge room with water and mega. Use any weapons you can (I usually use plasma gun or BFG if I can get it). You can grab quad.
-T4 — Grab railgun, stay on the upper floor and snipe Anarki. You can finish this duel really quickly since most spawns are in open area.
-DM13 — Get rocket launcher and just shoot everyone who tries to grab RA. You can grab quad.
-DM14 — Get BFG and stay next to the hole near lightning gun and railgun. Unfortunately bots sometimes ignore this area for some reason. Ignore quad.
-DM15 — Grab rocket launcher and go to upper floor near mega. Hope that someone brings you a railgun. Ignore quad and battle suit.
-T5 — Grab rocket launcher and listen for Uriel. Ignore quad.
-DM16 — Grab railgun and stay on either side of the stairs (stay on the railgun is not advised as it will be more difficult to shoot bots from there), then just snipe everyone. Bots really like to use the jumpad leading to rocket launcher.
-DM17 — Go through teleport to grab RA, then get railgun. Snipe everyone and try to ignore bots that just picked up RA as you will need two shots to kill them. Ignore quad.
-DM18 — Ignore shotgun and go directly to railgun. Stay on the stairs and just kill everyone. Ignore quad.
-DM19 — Grab any weapon (usually shotgun, then go down to get plasmagun) and stay on the lower ground. Now you just have to get lucky and grab a railgun. Then you can snipe bots that will be falling down from railgun. Ignore quad.
-T6 — Grab railgun and sniper Xaero. He always spawns once on your side, once on the other one.

This tutorial is made by me (Tanaka), you can see what kind of fragmovies I can do on my youtube channel : http://www.youtube.com/user/TanaKa44962.

This video was made with few softwares, you must have it to follow this tutorial step by step : Quake 3 Arena (1.32), Q3MME (last version), Sony Vegas (10.XX), FormatFactory or Super, Paint.NET.

I’ll try to learn you step to step how to make your own fragmovies like mine. Of course there is many better moviemakers than me but I hope this tutorial will help you easily and quickly to learn the basics.

First, I make this tutorial for « normal quake players », I mean by this way that the lector must have some knowledge about graphics commands in Quake 3 Arena. Anyway, if you don’t understand something, follow the asterisks pointing to the glossary. By « Q3 » and « Q3MME » I mean, as you know, Quake 3 Arena and Quake 3 MovieMakerEdition.

The last point is, you already understood it and I’m sorry about it, that my english knownledge is far from being perfect. I hope you’ll like this tutorial anyway.

Now enjoy this tutorial and I hope you’ll be able to make your own fragmovies at the end !

So Q3MME is now installed successfuly, let’s check how to record demos ingame.

Launch Quake 3 Arena or any mod you want to play and start a game. While playing, scroll down the console by pressing the key « ² ».

If you already know how to make VSTR commands, you can use this simple ON/OFF recording key script (if not, go on my other guide about my configuration) :

5)_ See the size of your demo increasing while you are recording :

Here are all Q3MMME basics commands, with an explanation under each commands. If you don’t like this settings, just open the config file and bind your keys in (don’t forget to put the file read-only):
« you_Quake_3_Arena_directorymmemmedemos.cfg »

First, you must know how to use the console to do this. In an other way, you can make a « .cfg » file in your Q3MME directory with all those commands and you’ll execute it in Q3MME by typing « exec your_cfg_file.cfg ». Here is the Q3 graphic commands list I’m using to enhance Q3MME graphics :

seta cg_forceModel «0»
// Disable every friendly players have the same model in your video.

seta cg_teamChatTime «1500»
// Choose how many time you want displayed the team chat in your video.

seta cg_railTrailTime «100»
// Set how many time your rail trail is lasting in the air, in milliseconds in your video.

seta cg_drawRewards «0»
// Disable rewards above each opponents in the video.

seta cg_drawAttacker «0»
// Disable name and headmodel of your attacker is displaying at the upper right corner in your video.

seta cg_drawAmmoWarning «0»
// Disable the message in the middle of your screen when you are out of ammo in the video.

seta cg_drawIcons «0»
// Disable headmodels in the scoreboard and your status bar in your video.

seta cg_draw3dIcons «0»
//Disable 3D headmodels in the scoreboard and your status bar in your video.

seta cg_drawSnapshot «0»
// Disable snapshots received from the server are dispplayed.

seta cg_drawTimer «1»
// Draw the time or not in your video, useful for events limited in time.

seta cg_drawFps «0»
// Show your frame per second rate, useless for moviemaking since you set your video framerate.
seta cg_gibs «1»
// Allow huge amounts of blood and body parts when fragging an opponent.

seta cg_centertime «0»
// Set the time of center messages, in seconds, in your video.

seta cg_scoreplums «0»
// Disable the little numbers, flying in the air, showing the score you earn when you kill an opponent.

seta cg_drawCrosshairNames «0»
// Draw the name of the player your aiming at.

seta cg_brassTime «1»
// Display ammo flying out of a the shotgun and other weapons.

seta r_swapInterval «0»
// Swap a frame, few frames or not between each frame.

seta r_dynamiclight «1»
// Allow lights according to players and shadows and not only raw output lights.

seta r_flares «0»
// Set the quality of lights during a weapon shot and weapon hit.

seta cg_viewsize «100»
// Put the game fullscreen and without any black borders.

//generated by quake do not modifi 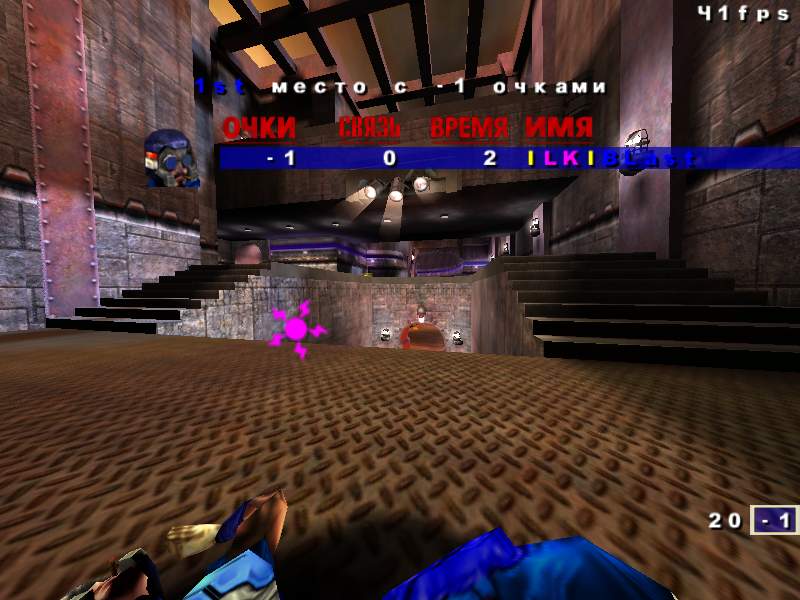 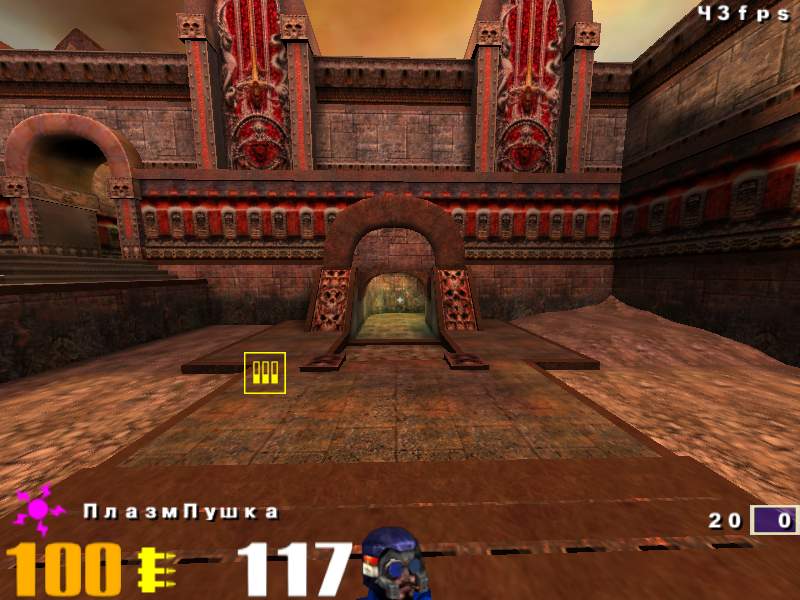 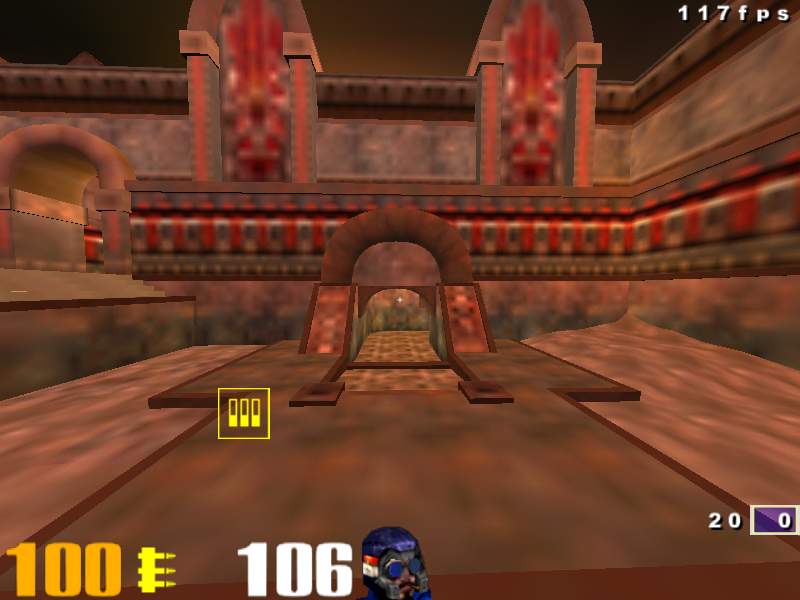 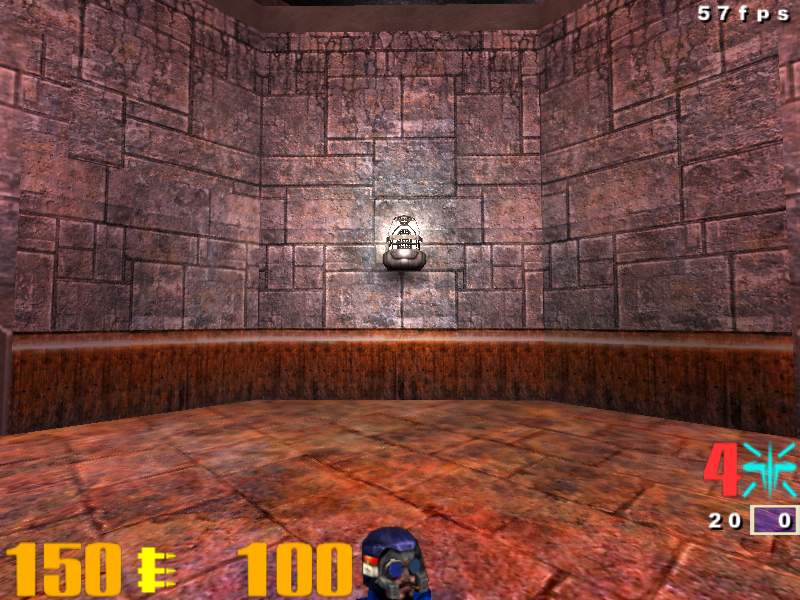 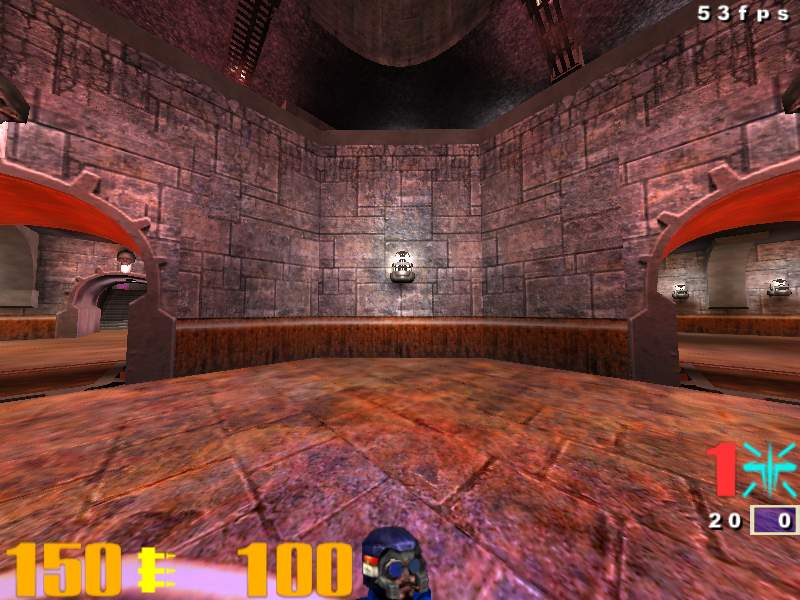